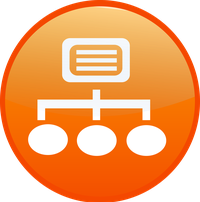 On May 31st @ 7am CIS will be shutting down one of our two distribution switches and, because it is directly attached, we will be shutting down our backup firewall. Because of redundancy, we do not expect this work to cause any network outages. CIS will spend the remainder of May 31st moving the switch to the basement and repatching necessary fiber connections. If all goes as planned, the switch will be powered up again on June 1st @ 7am.

If something happens to our primary firewall while this distribution switch is down, it will require manual intervention to fail over to our secondary firewall. We don't anticipate any such problems, but do want to let the community know about the potential downtime should we experience a hardware failure in our primary firewall.

For those interested in more detail, this is one of two redundant switches, that provide redundant connectivity to all the departmental edge switches. The edge switches are those into which all wired ethernet ports in the CIT connect. The distribution switch and firewall are the last two pieces of running hardware remaining in CIT 531. Their successful migration will mark the culimnation of project that CS and CIS started working on over two years ago!

06:43: We experienced a network blip when we took down the secondary firewall, during which traffic between the department and sites outside was not passing. It took us about 15 minutes to track down the issue, which was the result of an out of date configuration file associated with some other last minute machine moves to clear out 531. This issue has now been resolved, so it should not affect us again when we bring the secondary firewall back online tomorrow morning.

07:25: The distribution switch has been shut down by CIS ComOps. The network appears to be working as expected, so they are moving forward with pulling the fiber connections.

08:32: CIT 531 is VERY quiet. The distribution switch has been moved down the basement and all the remains running is a single UPS that was connected to the switch. CIS ComOps will be back later this afternoon to collect the UPS. In the mean time, they will spend much of today repatching the distribution switch so it's ready to power up tomorrow morning at 7am.

The Great GPFS Move - Cleaning up the Bits